This sale is for Dangerous Intruder (1945) starring Charles Arnt on DVD.

6.4
Director: Vernon KeaysWriters: Martin Goldsmith, F. Ruth HowardStars: Charles Arnt, Veda Ann Borg, Tom KeeneSummary: An actress, Jenny (Veda Ann Borg), is hitchhiking across the country when she is accidently struck by a car. The driver, Max Ducone (Charles Arnt), offers to take her into his home until she can resume traveling. Later Ducone's wife is murdered and Jenny determines to find the killer. With the aid of detective Curtis (Tom Keene as Richard Powers), she discovers that Ducone is the murderer, having killed his wife in order to have the funds to finance his antique collection. Written by Les Adams <[email protected]>
Also known as: Dangerous Intruder (on a region-free DVD). 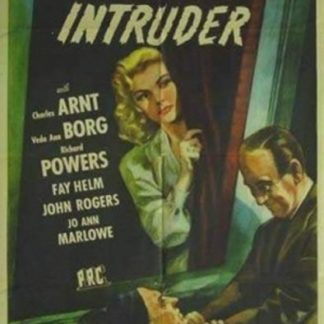