This sale is for Cockfighter (1974) starring Warren Oates on DVD.

Director: Monte HellmanWriters: Charles WillefordStars: Warren Oates, Richard B. Shull, Harry Dean StantonSummary: Frank Mansfield has wanted to win the Cockfighter of the Year medal for ages. Frank never speaks. After shooting his mouth off one too many times then losing a champion rooster in a casual hotel room cockfight, he swore never to speak again until he's won that award... He makes a bet with old crony Jack to be settled at the upcoming meet. Frank puts his car and his trailer on the line; he loses. Jack gets the trailer, and Frank's part-time girlfriend who goes with it. Frank's long-time girlfriend Mary Elizabeth wants him to get serious and settle down. But Frank has to raise some money for a new cock - $500 - then he can form a partnership with fellow cocksman Omar Baradansky and make another try for that medal... Written by David Woodfield
Also known as: Cockfighter (on a region-free DVD). 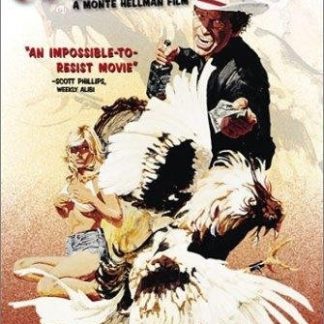