This sale is for Cleopatra Wong (1978) starring George Estregan on DVD.

5.8
Director: Bobby A. SuarezWriters: Bobby A. Suarez, Romeo N. GalangStars: George Estregan, Dante Varona, Marrie LeeSummary: Singapore's top policewoman, Miss Cleopatra Wong, who heads the Seasian Interpol Criminal Investigation Department (C.I.D.), teams up with her Filipino counterpart to bust a counterfeit currency operation that threatens several Asian countries with bankruptcy. Their dangerous quest takes them from Singapore to Hong Kong and finally Manila where they locate the counterfeit ring's Asian headquarters, which is being run by local nuns, forced into slave labor. The martial arts action is fast and furious as Cleopatra and her teams launch an attack to destroy the counterfeiter's and their headquarters in an explosive finale in this fun-filled, action-packed adventure. Written by Itchie
Also known as: Cleopatra Wong (on a region-free DVD). 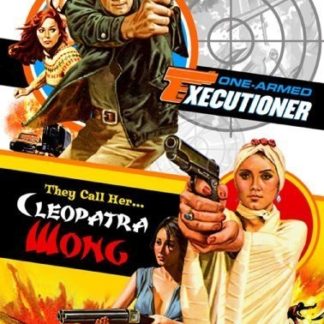