This sale is for El Naser Salah el Dine (1963) with English Subtitles on DVD.

7.8
Director: Youssef ChahineWriters: Mohamed Abdel Gawad, Youssef ChahineStars: Ahmad Mazhar, Mohamed Abdel Gawad, Tawfik El DekenSummary: Saladin, ruler of the kingdoms surrounding the Latin state of Jerusalem, is brought to attack the Christians in the Holy Land by the sacking of a convoy of Muslim pilgrims, a group which included his sister. In a short campaign against odds, Jerusalem is taken and almost the entire Middle East is in Muslim hands. Crusade is called again in Europe, and the combined forces of the French king, German emperor, and English king form the 3rd Crusade, under the leadership of Richard the Lionheart of England. Although Accre is taken by the Crusaders, Saladin succeeds in preventing the recapture of Jerusalem, and in the end negotiations between himself and Richard (who Saladin admires as the only honorable leader) leave the Holy Land in Moslem hands. Written by Bruce Cameron <[email protected]>
Also known as: Saladin (on a region-free DVD). 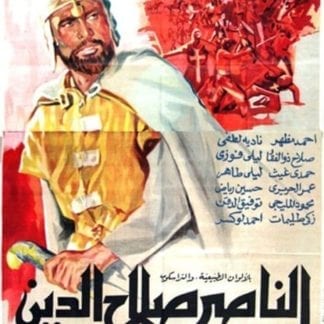