This sale is for Artists and Models (1955) starring Dean Martin on DVD.

Director: Frank TashlinWriters: Herbert Baker, Michael DavidsonStars: Dean Martin, Jerry Lewis, Shirley MacLaineSummary: Rick Todd and Eugene Fullstack share an apartment and have dreams for the future. Rick is an aspiring artist looking for a break. Eugene loves comic books, especially The Bat Lady series. He is so engrossed with her stories that he has nightmares and dreams of his own comic book characters. Their luck begins to change when Abby Parker is fired as the artist for the Bat Lady. Rick pitches his own comic book series and Eugene gets to meet Bessie Sparrowbrush, who, unbeknown to him, is the artist's model the Bat Lady. Rivalry and romance ensues for all four of them, with several song and dance numbers along the way. Written by garykmcd
Also known as: Artists and Models (on a region-free DVD). 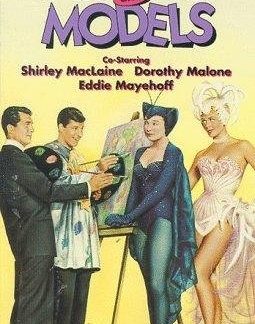