Angeluz (1998) with English Subtitles on DVD


This sale is for Angeluz (1998) with English Subtitles on DVD.

4.5
Director: Leopoldo LabordeWriters: Leopoldo LabordeStars: Roberto Trujillo, José Luis Badillo, Hugo StiglitzSummary: Angelus, a fallen angel living in modern-day Mexico as a Goth teenager to avoid suspicion for his activities, accidentally lets his powers be known when he saves his friends from a gang-attack. Dr. Vera, a worker at a secret government agency, is convinced of his identity through his family history of battling the creature and leads an expedition to capture him. While he's captured, Dr. Vera comes to believe Angelus is trying to be a good soul and doesn't want his grudge against humanity to overwhelm him, so he enlists his human friends to help break him out of the facility in order to help treat him. Despite their best attempts, Angelus' anger gets the best of him and causes him to run rampant through the government facility, forcing them to come together to remind him of his need to be a good soul so he can return to Heaven again. Written by GL84
Also known as: Angeluz (on a region-free DVD). 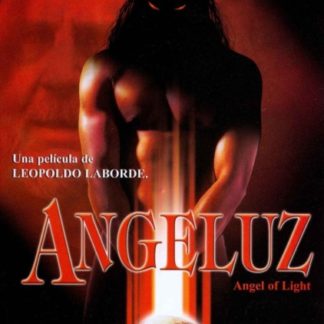