All the Wrong Reasons (2013) starring Karine Vanasse on DVD


This sale is for All the Wrong Reasons (2013) starring Karine Vanasse on DVD.

Director: Gia MilaniWriters: Gia MilaniStars: Karine Vanasse, Kevin Zegers, Emily HampshireSummary: All the Wrong Reasons is an ensemble film about four co-workers at a big box department store. Since witnessing a tragic family event, Kate has kept herself as isolated as physically possible, even at work. Her husband James, the store's ambitious manager, does his best to force Kate out of her shell but Kate wants her world to remain exactly as it is. Missing intimacy, James becomes close with Nicole, a cashier who is holding onto what's left of her youth while juggling single motherhood. When a new temp employee is hired, his presence shakes up the whole store, for all the wrong reasons. Written by Anonymous
Also known as: All the Wrong Reasons (on a region-free DVD). 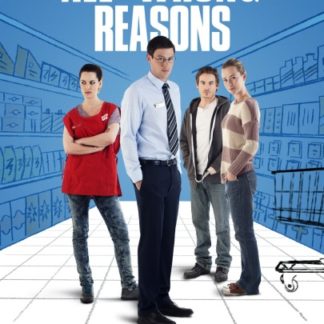