Akutoku no sakae (1988) with English Subtitles on DVD


This sale is for Akutoku no sakae (1988) with English Subtitles on DVD.

6.2
Director: Akio JissôjiWriters: Rio Kishida, Marquis de SadeStars: Yasumi Hara, Renji Ishibashi, Seiran LiSummary: An obsession with the life and works of the Marquis de Sade leads a depraved, 1920s-era Japanese count down the path of tragedy and self-destruction in this erotic drama. In order to impress his wealthy, jaded friends, a decadent nobleman hires thieves, prostitutes, and other undesirables to reenact scenes from the notorious writer's most revered works. In time, however, simply watching the performances isn't enough to fulfill the nobleman's fantasies. Threatening the performers with death should they refuse to make love to his wife while he watches, the nobleman sinks deeper and deeper into his fantasy world of debauchery, even as his degenerate actions threaten dire consequences for all involved.
Also known as: Akutoku no sakae (on a region-free DVD). 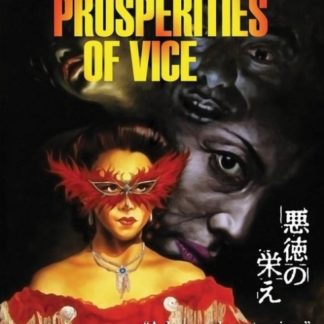