6.5
Director: Ray MillandWriters: John Tucker Battle, Mort BriskinStars: Ray Milland, Mary Murphy, Ward BondSummary: A gunfighter, stranded in the desert, comes across the aftermath of a stage robbery, in which all the passengers were killed. He takes one of the horses to ride to town to report the massacre, but finds himself accused of it. He also finds himself accused of the murder of the local banker, and winds up hiding in the basement of a house where the local sheriff, who is very sick, lives with his daughter. Written by [email protected]
Also known as: A Man Alone (on a region-free DVD). 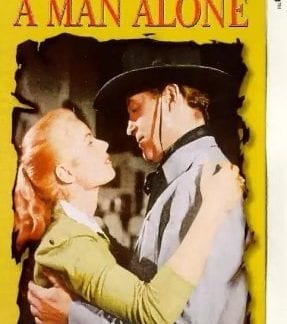