A Kiss Before Dying (1991) starring James Bonfanti on DVD


This sale is for A Kiss Before Dying (1991) starring James Bonfanti on DVD.

Director: James DeardenWriters: Ira Levin, James DeardenStars: Matt Dillon, Sean Young, James BonfantiSummary: Realising his secret girlfriend Dorothy's pregnancy will sour her relations with her ultra-rich father, career-minded Philadelphia student Jonathan Corliss coolly murders her, making it look like suicide. He then moves to New York to woo her twin sister Ellen. All seems to go well for him, although Ellen's continued investigations into what she is convinced was not a suicide forces him to kill again. Written by Jeremy Perkins {J-26}
Also known as: A Kiss Before Dying (on a region-free DVD). 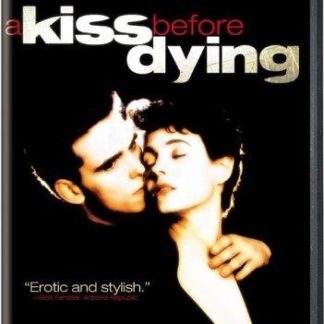