This sale is for A Deadly Obsession (2012) starring Katee Sackhoff on DVD.

4.4
Director: John StimpsonWriters: Adam Scott WeissmanStars: Katee Sackhoff, Grant Harvey, Bart JohnsonSummary: At the age of six years, Suzanne (Katee Sackhoff) saw her mother kill her father. Twenty-five years later, she is a professor of psychology and lives in fear of becoming a criminal like her mother. As she teaches a course at the university, gunfire broke out on campus, causing several casualties. The author of the shooting is a Suzanne's former patient. The young man named Connor (Grant Harvey) is a dangerous psychopath who kept her track to declare his love. Written by IvanaHolland
Also known as: A Deadly Obsession (on a region-free DVD). 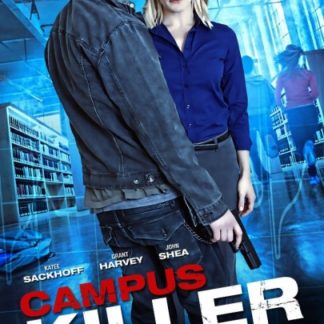