5.9
Director: Anthony PalmaWriters: Anthony Palma, Zachary ShourdsStars: Jennifer Barretta, Jennifer Butler, Kurt HanoverSummary: Gail had her tenth birthday party tonight, but her Dad was not there. She loves her dad, and he loves her. He had told her he was bringing her a special present, so why was he so late? Gail thought she knew what the present was; it must be that special custom pool cue she had wanted. Dad must have stopped to pick it up on his way home from work; maybe he stopped at Vicky's billiards to shoot a few games of 9-ball and lost track of time? Gail looks at the posters of the great women pool champions on her wall, Dorothy Wise and Jean Balukas and smiles. A screech of tires outside shakes Gail's attention to the street. As Gail quickly opens her window, she sees a car speed up and stop next to her Dad, as he staggers up the street holding a long package under his arm. Gail waves to her Dad, he smiles, waves back, and blows her a kiss. A man jumps out of the car, runs up to Gail's Dad and stabs him in the chest and yells in his face "Dirty dogs must die!" Gail races to her Dad's side. As he ... Written by Anthony Palma 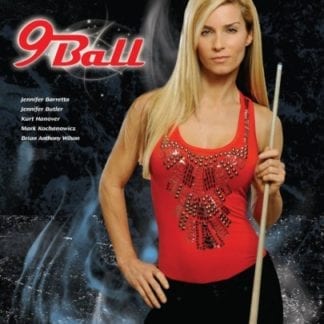