7.5
Director: John FordWriters: Herman Whitaker, John StoneStars: George O'Brien, Olive Borden, Lou TellegenSummary: In 1876, an old man finds gold in the Sioux lands, provoking a gold and land rush from immigrants to Dakota. On the way to Custer, the lonely cowboy Dan O'Malley helps to fix the wheel of Mr. Carlton's wagon and flirts with his daughter Lee Carlton. Later, Lee and her father are attacked by horse thieves and Mr. Carlton is murdered; however, the outlaws "Bull" Stanley, Mike Costigan and "Spade" Allen save her from the criminals and head with her to the camp where the pioneers are waiting for President Grant proclamation to explore the lands. In the site, the corrupt Sheriff Layne Hunter rules with his henchmen with horror and injustice. The trio of outlaws decides that Lee needs to get married and select Dan to be her husband. When Bull's sister Millie Stanley is murdered by Hunter's right arm Nat Lucas, "Bull" organizes the men to chase Hunter. But it is 1877 and the gold and land race of wagons is ready to start. Written by Claudio Carvalho, Rio de Janeiro, Brazil
Also known as: 3 Bad Men (on a region-free DVD). 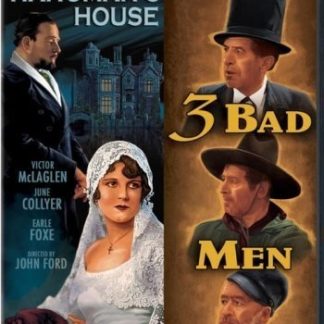