Director: Peter M. KershawWriters: Peter M. KershawStars: Joe Feldman II, Liliana Ashman, Christopher DempseySummary: If you watch 20 WAYS till the end you'll see it is a film about immigrant bashing. A contemporary story on Hispanic profiling through the experience of a Jewish family in 1930's Europe. A satire 20 WAYS is a metaphor for today which explores through drama the absurd humor of an article by a mid-Western lawyer that proposed twenty ways to spot an illegal. Shot on film in New Mexico by International award winning writer & director Peter M Kershaw with an original score by Emmy winning Oscar nominated Stanley Kubrick's own composer, Gerald Fried. The screenplay won the State of New Mexico, New Visions & Panavision production Awards for 2011. Shot on B&W film and designed to create the visual look of period film before the comic conclusion and a return to the color of today's world. Written by Peter M. Kershaw, Director & Writer
Also known as: 20 Ways (on a region-free DVD). 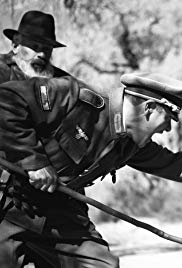