6.1
Director: Maurizio LucidiWriters: Adriano BolzoniStars: Robert Woods, Pier Paolo Capponi, Lucia ModugnoSummary: everyone wants to know who the Mexican is. He always answer slowly, "my name is Pecos". Pecos Martinez ( Robert Woods) to be exact, and he's returned to his hometown of Houston to settle up with Clain(Norman Clarke), the leader of a gang of cut-throats. Clain is busy looking for the money from a recent robbery that's been stolen from him. Soon the stolen cash in Pecos' vengeance entwine and all hell breaks loose. Behind the scenes a Bible touting Undertaker (Umberto Raho), a cowardly saloon owner, & a helpful saloon girl (Christina Iosani) become part of the story. This film made Woods as internationally known as Pecos in the third world countries as Franco Nero was known for Django. A Mexican hero against a gang and a town full of gringos- what more could you ask for?
Also known as: My Name Is Pecos (on a region-free DVD). 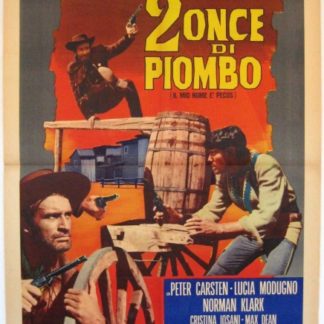