This sale is for Zatoichi’s Pilgrimage (1966) with English Subtitles on DVD.

7.2
Director: Kazuo IkehiroWriters: Kan Shimozawa, Kaneto ShindôStars: Shintarô Katsu, Michiyo Yasuda, Kunie TanakaSummary: Ichi seeks out on a pilgrimage to 81 temples, exploring spirituality to atone for his bloody past. On the way, Ichi stumbles into a village that's being bullied by a violent Yakuza boss and his henchmen. After killing a young, hired assassin, Ichi is led back to the young man's village by his peculiar horse. Upon learning that her brother is dead, Okichi (Yasuda Michiyo) grabs a sword and attacks Ichi, either in an attempt to avenge her brother or in an attempt to commit suicide by forcing Ichi to defend himself. After injuring Ichi, Okichi tends to his wounds, nurses him back to health, and begins to have feelings for him. The Yakuza boss still wants Ichi dead in order to take over the village and now Ichi alone must deal with the boss and his gang, the young woman's feelings and a village full of cowards, who will not stand up for themselves! Written by Jesus
Also known as: Zatoichi's Pilgrimage (on a region-free DVD). 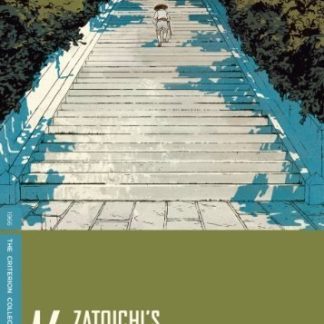