5.5
Director: William BerkeWriters: Maurice Conn, Barbara WorthStars: Jon Hall, June Vincent, Jane NighSummary: Jenny and her six-year-old son, Tommy, are flying over the Belgian Congo when they are forced to bail out and become separated. Jenny lands in a dense jungle and is rescued by a safari headed by two wild-animal collectors, but Tommy is not found. He has amnesia and is lost, but is adopted by Zamba, a huge gorilla. He lives happily with his new family. Jenny comes back with a searching party, and Zamba, the gorilla mother, is determined to protect Tommy from his real mother. Written by Les Adams <[email protected]>
Also known as: Zamba (on a region-free DVD). 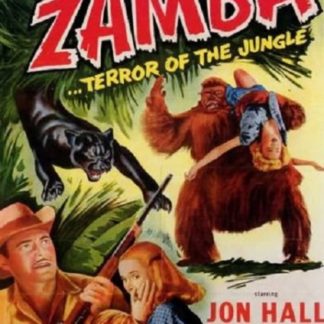