This sale is for Yuri Nosenko, KGB (1986) starring Tommy Lee Jones on DVD.

6.3
Director: Mick JacksonWriters: Stephen DavisStars: Tommy Lee Jones, Josef Sommer, Ed LauterSummary: In February 1964, three months after President Kennedy's assassination. Major Yuri Nosenko of the KGB makes secret contact with a young CIA officer, Steve Daley. He has startling information about the KGB's link with Kennedy's killer, Lee Harvey Oswald, and he wants Daley to help him defect. So begins one of the strangest stories of the Cold War, as Nosenko's defection leads the CIA on a hunt for a Soviet mole who they suspect has penetrated to the very heart of their organisation. Written by GusF
Also known as: "Screen Two" Double Image (on a region-free DVD). 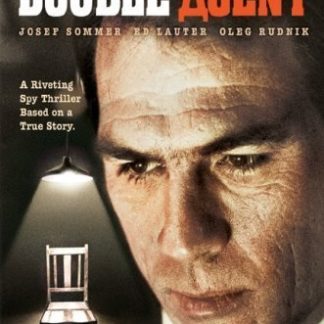