6.4
Director: Ted PostWriters: Charles A. WallaceStars: Clint Walker, Barry Sullivan, Kathryn HaysSummary: Dave Harmon is a United States Marshall, who has been sent by the governor to the territory of Yuma. It seems that the law is not welcomed there; every marshall that's been sent has been chased out. But Harmon is a different story, upon arriving, he encounters two drunks and asks them to come with him to cool off, one of them pulls a gun on him and shoots, Harmon with no other choice shoots him. He is told that the man he killed is the brother of Arch King, a powerful man, who adheres to only one law, his. Later that evening someone breaks into the jail and lets the other man out and shoots him with Harmon's gun. It seems that the other man is also King's brother. Most people think that Harmon shot him but a Mexican boy whom Harmon allowed to sleep on the floor of the jail said that it was two men and that one of them's a soldier. Harmon is then visited by King and is told that unless he can prove that he was not the one who killed his brother, King will be back and will deal with him... Written by <[email protected]>
Also known as: Yuma (on a region-free DVD). 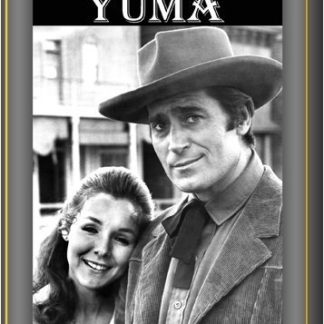