This sale is for Ying hung ho hon (1987) with English Subtitles on DVD.

6.5
Director: Taylor WongWriters: Stephen ShiuStars: Yun-Fat Chow, Andy Lau, Alex ManSummary: In the 1970s, Li Ah Chai was a powerful Hong Kong crime boss whose lieutenants were two orphaned brothers, Tang Kat Yung and Lam Ting Kwok. When he names Kwok as his heir, the cruel and sadistic Yung becomes jealous. The upshot: during the 1980s, Kwok retires to Malacca to raise a family, Yung builds his power, and Chai gradually loses his circle, one at a time, to bribery and murder. All Chai wants is to live in peace with his wife and son, but Yung's desire for revenge overcomes reason. Chai tries to retreat to Malacca; Yung follows him there with tragic results. Afterwards, Chai calls his old nemesis in the Hong Kong police department, Supt. Chang, to alert him that he's going to try one final assault on Yung's fortress. Written by <[email protected]>
Also known as: Tragic Hero (on a region-free DVD). 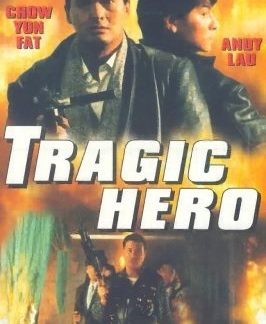