5.8
Director: Richard DonnerWriters: James Warner Bellah, Tony LazzarinoStars: David McLean, Charles Bronson, Ralph TaegerSummary: At the height of the Cold War during the 1960s the U.S. Air Force and NASA tested an experimental rocket-powered research aircraft code-named X-15.The X-15 experiments were conducted at Edwards Air Force Base.The X-15 aircraft set altitude and speed records by reaching the edge of outer space.The project is managed by U.S. Air Force Colonel Craig Brewster and scientist Tom Deparma. The main test pilots are Matt Powell, Colonel Lee Brandon and Major Ernest Wilde.During the test flights the X-15 aircraft is dropped from a B-52 Stratofortress mother ship before starting its engine.The whole test team is enthusiastic about the project but the project is plagued by setbacks and near disasters right from the start. Written by nufs68
Also known as: X-15 (on a region-free DVD). 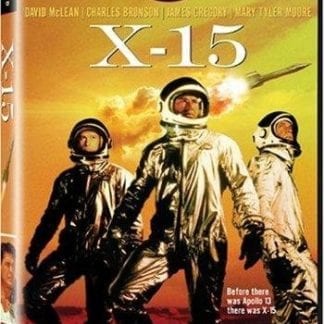