This sale is for Wolf-Devil Woman 2 (1982) with English Subtitles on DVD.

6.7
Director: Ling ChangWriters: Godfrey HoStars: Ling Chang, Fei Meng, Yu-Hsiang ChangSummary: A prince (Fei Meng) wants to marry a commoner, but that's a major no-no in feudal China. When the girl's parents are brutally murdered, however, a kung fu master known as the Silver Fox takes the girl under his wing and teaches her some choice killing techniques. Soon, the girl learns that the prince is being threatened by the same marauders who killed her parents. Now, it's time for revenge!
Also known as: Matching Escort (on a region-free DVD). 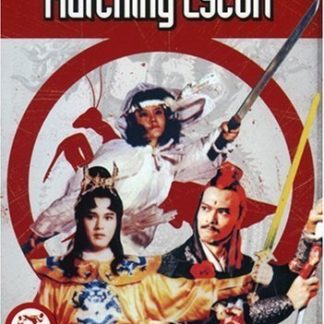