This sale is for Wife, Mother, Murderer (1991) starring Judith Light on DVD.

6.7
Director: Mel DamskiWriters: David Eyre Jr.Stars: Judith Light, David Ogden Stiers, Kellie OverbeySummary: Marie Hilley started out as the perfect wife and mother. Then two decades into her marriage, her husband Frank, is taken severely ill and dies soon after. Within months of his death, their daughter Carol is admitted to hospital with similar symptoms and intensive testings later reveal arsenic poisoning. In the meantime, Marie is arrested for passing bad checks and when Frank's exhumed remains reveal massive amounts of arsenic, she is promptly charged with his murder but manages to escape and remain on the run for three years. She is convicted of Frank's murder in absentia and even remarries but when she tries to fake her own death with her new identity, things quickly fall apart for her and she is arrested again. She escapes again but this time, her luck runs out and she is captured within a week and eventually dies in prison. Written by mahajanssen
Also known as: Wife, Mother, Murderer (on a region-free DVD). 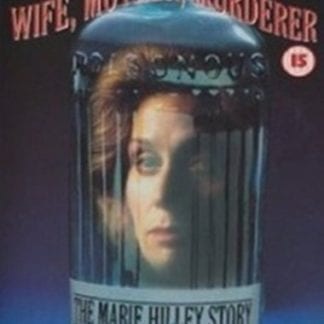