This sale is for Widow’s Kiss (1996) starring Beverly D’Angelo on DVD.

5.1
Director: Peter FoldyWriters: Peter Foldy, Mark DonnellyStars: Beverly D'Angelo, Mackenzie Astin, Dennis HaysbertSummary: A few months after his mother's death, a bereaved Sean is unhappy when his wealthy father, Justin, marries Vivian, a seductive blonde, a gold-digger with a 20-year-old son from her previous marriage. And he is even more disturbed that his stepmother may be trying to seduce him as well. Or is that his adolescent imagination? When Justin has a sudden, fatal heart attack, Sean is certain that Vivian is responsible, but all the evidence points to natural causes, and his suspicions are dismissed. He decides to investigate on his own and hires a private detective, Eddie to help. Written by lament
Also known as: Widow's Kiss (on a region-free DVD). 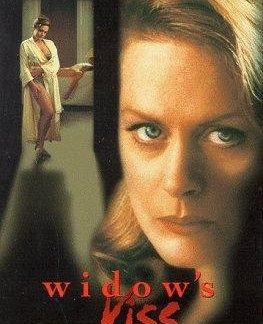