This sale is for Who Killed Doc Robbin? (1948) starring Larry Olsen on DVD.

4.8
Director: Bernard CarrWriters: Dorothy Davenport, Maurice GeraghtyStars: Larry Olsen, Eilene Janssen, Peter MilesSummary: When Dr. Hugo Robbin's laboratory is blown up, his nurse Ann Loring is charged with murdering the doctor. During her trial, a group of children continually disrupts the courtroom, claiming to have important evidence. The children are finally allowed to testify, but as a result of their testimony, their friend Dan, who runs a repair shop, is now charged with the crime instead of the nurse. The children are now determined to prove Dan's innocence, and they go to the abandoned laboratory to look for evidence, leading to a series of hazardous adventures. Written by Snow Leopard
Also known as: Who Killed Doc Robbin? (on a region-free DVD).

Be the first to review “Who Killed Doc Robbin? (1948) starring Larry Olsen on DVD” Cancel reply 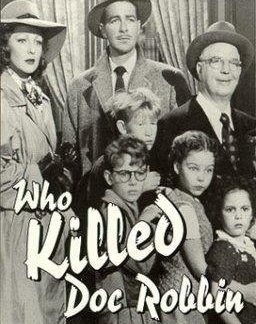