5.8
Director: Robert ButlerWriters: Michael ButlerStars: Alan Alda, Peter Gallagher, Robert LoggiaSummary: How far would you go to keep your job? That's the question the ad for this movies states. Based on a true story, Dan Cutler is the head of a New York advertising agency. In a move to build character, he books a trip for a whitewater rafting trip on Canada's White Mile. After the raft turns over, all of the men scatter all over the rapids. Some of them are found dead, which leads to a lawsuit by one of the wives of the deceased. Written by Pat McCurry <[email protected]>
Also known as: White Mile (on a region-free DVD). 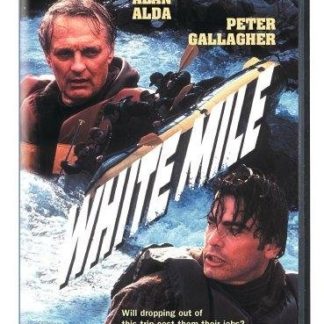