This sale is for Where’s the Money, Noreen? (1995) starring Julianne Phillips on DVD.

6.3
Director: Artie MandelbergWriters: Carla Jean WagnerStars: Julianne Phillips, A Martinez, Nigel BennettSummary: Noreen helps her brother rob an armored car, but they're caught by the police, the money disappears, and Noreen is put in jail, firmly believing in the existence of an "inside man" whom she never saw, and who never got caught. Twelve years later, Noreen's out on parole, and everybody's after her to tell them where the missing $3 million is: the cop her arrested her, a mysterious man who's following her, and a handsome co-worker. But Noreen is investigating on her own, and with the help of a friendly accountant, she searches for the inside man. Written by Kathy Li
Also known as: Where's the Money, Noreen? (on a region-free DVD).

Be the first to review “Where’s the Money, Noreen? (1995) starring Julianne Phillips on DVD” Cancel reply 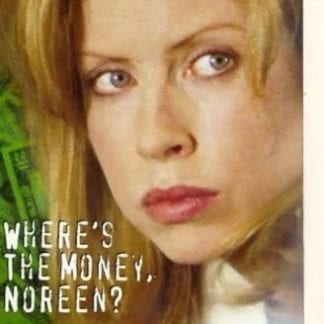