This sale is for When Good Ghouls Go Bad (2001) starring Christopher Lloyd on DVD.

6.4
Director: Patrick Read JohnsonWriters: R.L. Stine, Patrick Read JohnsonStars: Christopher Lloyd, Tom Amandes, Roy BillingSummary: In October of 1981, Curtis Danko, the creepy kid from the small town of Walker Falls, was killed in a mysterious accident. He left behind a warning to the town: "If you ever have another Halloween again, I will return and destroy you all!" Curtis was buried in a locked crypt, along with a sculpture so evil, that unearthly fates were said to await anyone who looked at it. Now, twenty years later, the Walker men have returned to Walker Falls. They start a chain of events that unleashes an army of zombies on the town. Has Curtis Danko risen from the grave to exact his revenge? And will the people of Walker Falls make it through the night? Written by jwhale9382
Also known as: When Good Ghouls Go Bad (on a region-free DVD). 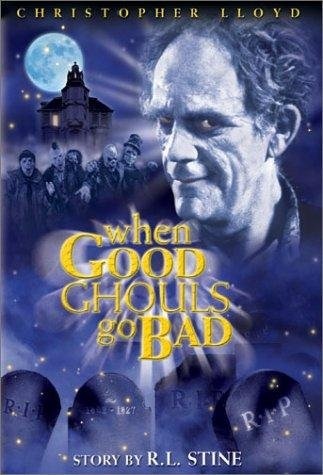