This sale is for Visions of Ecstasy (1989) starring Louise Downie on DVD.

5.1
Director: Nigel WingroveWriters: Nigel WingroveStars: Louise Downie, Elisha Scott, Dan FoxSummary: "Visions of Ecstasy" once had the distinction of being the only production refused by the British Board of Film Classification for blasphemy. The film depicts St. Theresa engaged sexually with both another woman and Jesus Christ on the cross, and while never threatening to be anything more than just visions of ecstasy, the film's religious invocations were enough to have it banned until blasphemy laws were repealed in 2008. The experimental nature of Visions of Ecstasy has the advantage of diminishing the contextual implications of building a strong link between sexual and religious ecstasy while also permitting audiences to draw their own interpretations. Written by Ulf Kjell Gür
Also known as: Visions of Ecstasy (on a region-free DVD). 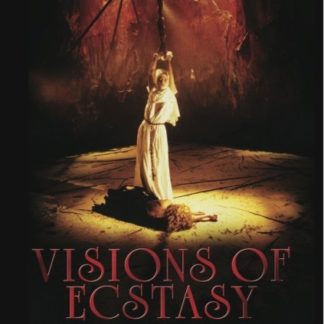