This sale is for Violent Road (1958) starring Brian Keith on DVD.

6.2
Director: Howard W. KochWriters: Richard H. Landau, Don MartinStars: Brian Keith, Dick Foran, Efrem Zimbalist Jr.Summary: The Cyclone Rocket Company is a military contractor building missiles for the U.S. Air Force. The company also produces the highly volatile rocket fuel used in the missiles. During a test, a missile explodes. For safety reasons, the government decides to move the company from its current location, nearby an army base and small town, to a new remote location. However, the plant's dangerous chemicals must be moved by truck to the new location via secondary unpaved roads bypassing all inhabited areas, towns and communities. Moreover, the move must be completed fast and the plant must be operational in three days, in order to maintain its government contract. Three trucks are selected to transport the dangerous rocket fuels. Short on drivers for such a dangerous assignment, the company hires a motley crew of desperate men to drive the trucks through rough terrain to the new location. Each truck has a driver and a helper. Each man is promised five thousand dollars as payment upon ... Written by nufs68
Also known as: Violent Road (on a region-free DVD). 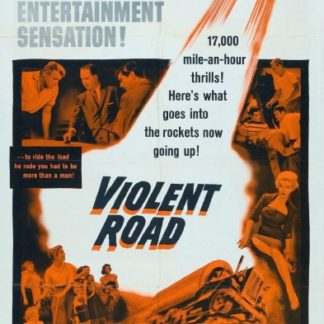