Vertigo for a Killer (1970) with English Subtitles on DVD


This sale is for Vertigo for a Killer (1970) with English Subtitles on DVD.

6.7
Director: Jean-Pierre DesagnatWriters: Jean-Pierre Desagnat, Pierre ReyStars: Marcel Bozzuffi, Sylva Koscina, Michel ConstantinSummary: Marc Régent, a hit man in the pay of ruthless gang leader Marcus, refuses to gun down René, his friend. Hunted down by Marcus's men, he fakes a suicide but Marcus does not take the bait. He ends up tracing him at the the Nice airport where Marc was to take a plane for Dakar. In order to escape his former boss and his killers, Marc seeks support from a beautiful woman, Sylvie Dussort, who takes him to her home. What he does not know is that the lady has a hidden agenda... Written by Guy Bellinger 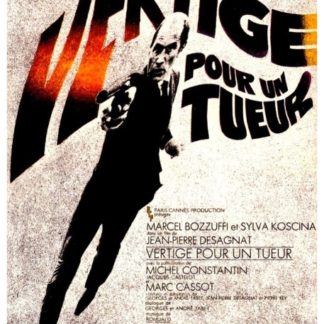