This sale is for Vanishing Point (1971) starring Barry Newman on DVD.

7.2
Director: Richard C. SarafianWriters: Guillermo Cabrera Infante, Malcolm HartStars: Barry Newman, Cleavon Little, Charlotte RamplingSummary: Kowalski works for a car delivery service. He takes delivery of a 1970 Dodge Challenger to take from Colorado to San Francisco, California. Shortly after pickup, he takes a bet to get the car there in less than 15 hours. After a few run-ins with motorcycle cops and highway patrol they start a chase to bring him into custody. Along the way, Kowalski is guided by Supersoul - a blind DJ with a police radio scanner. Throw in lots of chase scenes, gay hitchhikers, a naked woman riding a motorbike, lots of Mopar and you've got a great cult hit from the early 70's. Written by Matthew
Also known as: Vanishing Point (on a region-free DVD). 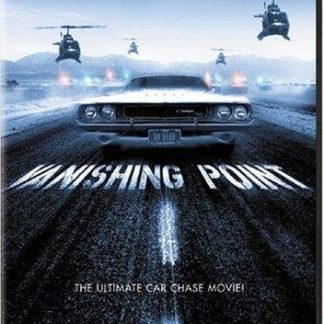