Valley of the Zombies (1946) starring Robert Livingston on DVD


This sale is for Valley of the Zombies (1946) starring Robert Livingston on DVD.

5.2
Director: Philip FordWriters: Dorrell McGowan, Stuart E. McGowanStars: Robert Livingston, Lorna Gray, Ian KeithSummary: Dr. Maynard (Charles Trowbridge') tells Dr. Terry Evans (Robert Livingston) and his nurse, Susan Drake (Lorna Gray), about the theft of ten pints of blood from his lab. Later, he is visited by Ormand Murks (Ian Keith), a man Maynard had once had committed to an insane asylum and who later died from an operation, and Maynard learns that Murks is an example of living death whose abnormality is counter-acted only by blood. The doctor soon becomes Murk's unwilling blood donor. Murks' brother Fred (Earle Hodgins) threatens to expose him and he too is murdered. Terry and Susan find Maynard's body near an abandoned graveyard and this leads them to an estate where a partially obscured sign reads:"Murks Bros.,Undertakers." Susan is kidnapped. Written by Les Adams <[email protected]>
Also known as: Valley of the Zombies (on a region-free DVD). 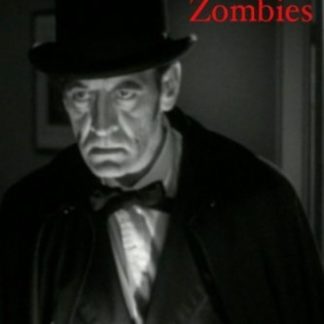