This sale is for Underworld (1927) starring George Bancroft on DVD.

7.6
Director: Josef von Sternberg, Arthur RossonWriters: Charles Furthman, Ben HechtStars: George Bancroft, Clive Brook, Evelyn BrentSummary: 'Nobody helps me -- I help them!' boasts open-handed gangster Bull Weed, handing over what will prove to be the best investment in his high-spending career: a thousand dollars that will put the literate 'Rolls Royce' of vagrants back on his feet. Living it up in the Twenties with the aid of cool but smouldering moll Feathers, the Bull lords it over the law and his rivals alike -- specifically big Buck Mulligan, whose floral-tributes business echoes that of a certain real-life Chicago gangster... Yet Feathers, prize possession and object of envy, proves his weak point; and in the end, Bull Weed will indeed come to need help from others, and more than he has ever needed it before. But can Rolls Royce and Feathers still give it to him? And will the Bull accept? Written by Igenlode Wordsmith
Also known as: Underworld (on a region-free DVD). 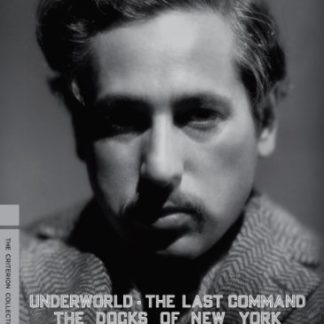