This sale is for UFOs 1973: Aliens, Abductions and Extraordinary Sightings (2010) starring J. Michael Long on DVD.

6.6
Director: J. Michael LongWriters: J. Michael LongStars: J. Michael LongSummary: The year was 1973. It was a tumultuous year filled with news of Watergate, the Vietnam War and many other historical events. UFO sightings were on the increase culminating in abductions and extraordinary sightings through the fall of 1973. Unparalleled UFO encounters and Alien Visitation's occurred worldwide during the most extraordinary "UFO Flap" of all time. The number of UFO reports was unprecedented during this landmark year, among them are many of the most documented cases of all time. UFO's 1973 Film takes you inside the Pascagoula Incident, the Charlie Hickson case, the Iran Pilot sighting, the Coyne case, the Jeffery Greenhaw case, and many more from around the world where in this landmark year, the strangest and most mind-bending cases in UFO history occurred. Written by Anonymous
Also known as: UFOs 1973: Aliens, Abductions and Extraordinary Sightings (on a region-free DVD). 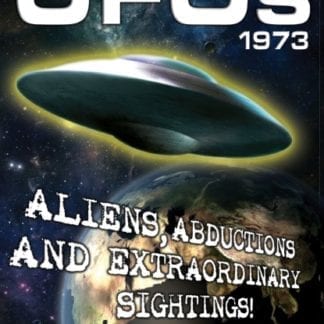