This sale is for Two-Gun Lady (1955) starring Peggie Castle on DVD.

5.3
Director: Richard BartlettWriters: Norman Jolley, Richard BartlettStars: Peggie Castle, William Talman, Marie WindsorSummary: Trick-shot artist Kate Masters, billed as "The Two-Gun Lady" begins an engagement at "Big Mike" Dougherty's saloon, and immediately arouses the jealousy and suspicion of his sweetheart, Bess. Among those attracted to Kate are Dan Corbin, a U. S. Marshal posing as a drifter, and Ben Ivers, outlaw son of crooked town-boss Jud Ivers. Ben has returned to hide his loot from the robbery of a federal bank. Kate learns that the Ivers were the men who had killed her father and mother and burned their house years ago. She tell Corbin and he heads for the Ivers' ranch to arrest Ben. Meanwhile, Ben is heading for the saloon for a showdown, fast-draw shootout with Kate. Written by Les Adams <[email protected]>
Also known as: Two-Gun Lady (on a region-free DVD). 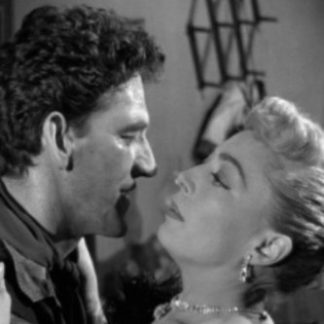