‘Twas the Night Before Christmas (1974) starring Joel Grey on DVD


This sale is for ‘Twas the Night Before Christmas (1974) starring Joel Grey on DVD.

7.4
Director: Jules Bass, Arthur Rankin Jr.Writers: Clement Moore, Jerome CoopersmithStars: Joel Grey, Tammy Grimes, John McGiverSummary: One Christmas season, the human and mouse citizens of a small town get their letters to Santa unceremoniously returned, with a message that the town has been removed from Santa's delivery itinerary because of a letter from someone in that town that insulted him by dismissing his existence. While Father Mouse confronts his cynical son Albert, the letter's writer, their human companions, a clockmaker and his family, work to regain Mr. Claus' favor. Written by Kenneth Chisholm <[email protected]>
Also known as: 'Twas the Night Before Christmas (on a region-free DVD). 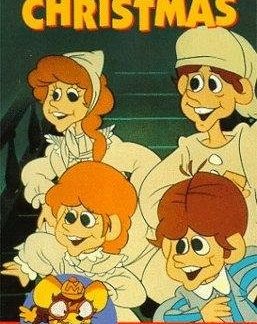