Triangle of Venus (1978) with English Subtitles on DVD


This sale is for Triangle of Venus (1978) with English Subtitles on DVD.

4.5
Director: Hubert FrankWriters: Jean-Jacques DuvalStars: Olivia Pascal, Philippe Garnier, Elisa ServierSummary: Sun soaked Seychelles: As a professional tennis player, Michael once had some success and made some money. As success went downhill, he began to gamble and lost all. On the last game he plays on his wife, Julia and loses her to Howard, casino owner and a slave dealer. She goes happily and without hesitation with him and asks for a divorce. Her best friend Sylvia is Michael's mistress and she is happy with the situation. She persuades Michael to murder his rich aunt, Lady Henriette for her millions. In fact he is her illegitimate son, but he doesn't know this. Lady Henriette is killed by her servant but now a young Peggy, Henriette's private investigator gets involved and warns Michael about his mistress and wife's plot to kill him. Written by Wiki
Also known as: Triangle of Venus (on a region-free DVD). 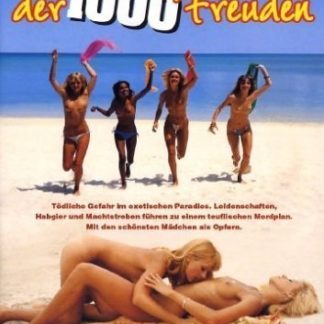