This sale is for Time Trackers (1989) starring Wil Shriner on DVD.

4.5
Director: Howard R. CohenWriters: Howard R. CohenStars: Wil Shriner, Ned Beatty, Kathleen BellerSummary: When an evil scientist steals his colleague's time machine, his colleague's beautiful, brilliant daughter, aided by an L.A. cop and a hapless admirer (Wil Shriner), pursues him back to twelfth century England, where, disguised as a damsel in distress, she enlists the help of a knight errant whose secret past holds the key to her future. Written by Concorde - New Horizons (with permission). 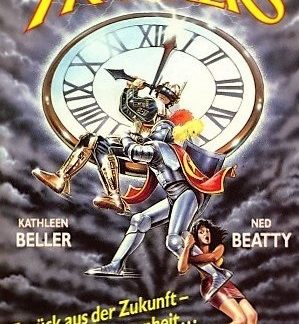