This sale is for Time of Apollo (1975) starring Burgess Meredith on DVD.

7.4
Director: Bastian WimmerWriters: Clayton EdwardsStars: Burgess MeredithSummary: From JFK's declaration to put a man on the moon to the first steps on the lunar surface, this NASA film examines the triumphs of the Apollo space program. This film presents President Kennedy stating in 1961 that "this nation should commit itself to achieving the goal, before this decade is out, of landing a man on the Moon and returning him safely to Earth."
Also known as: Time of Apollo (on a region-free DVD). 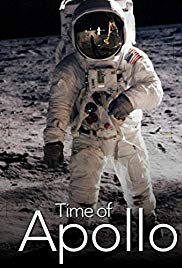