This sale is for Tiger Cage (1988) with English Subtitles on DVD.

6.7
Director: Woo-Ping YuenWriters: Wing-Fai Wong, Kwong-Kim YipStars: Jacky Cheung, Carol 'Do Do' Cheng, Simon YamSummary: After getting their drug operation raided by the cops, a drug trafficker nicknamed Swatow Hung and his American counterparts vows revenge on the ones responsible: Inspector Sau and his comrades Fong Chun-Yau, Ho Siu-Ling, Tai, and Terry. Hung manages to track down Sau and shoot him dead while the latter is planning a retirement to marry Siu-Ling. This tragic event leads to every cop in their department to hunt down Hung and put him behind bars for good. They eventually arrest Hung during his escape from Hong Kong. But Chun-Yau overhears a brief conversation between Hung and Tai, before Hung is purposely shot to death, and begins to suspect Tai of being involved with the drug trafficking. Chun-Yau tracks Tai's every step trailing and videotaping his whereabouts and soon discovers that there may be more than Tai in the police force affiliated with the drug traffickers. What soon follows are death attempts on the cops as the drug traffickers sets to wipe out anyone involved to cover ... Written by DOK
Also known as: Tiger Cage (on a region-free DVD). 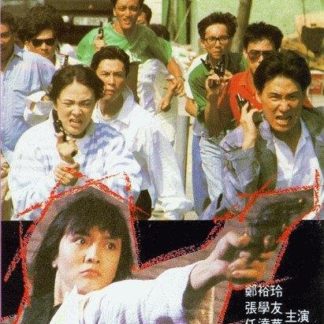