Thunder from the West (1969) with English Subtitles on DVD


This sale is for Thunder from the West (1969) with English Subtitles on DVD.

5.1
Director: Leopoldo SavonaWriters: Giuliano FrizStars: Gianni Garko, Irina Demick, Gianna SerraSummary: World War II: The Italian secret agent Riccardo Cloro is sent undercover as a Swiss businessman to Graz by train, in which he gets to know Rada, a Czech Jew. He is then informed about his mission: He is to kill Tsaimitis, head of the resistance movement in Budapest. But there is also Müller of the Gestapo on the same mission. Coming back to the hotel, he meets Müller and has to let him search his apartment and interrogate Rada brutally. Ever on, they are followed by him, who watches their every step. Cloro starts to doubt his ideals. Written by anonymous
Also known as: Thunder from the West (on a region-free DVD). 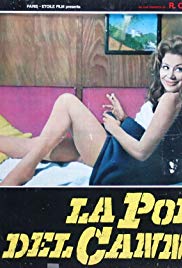