This sale is for Three Hearts for Julia (1943) starring Ann Sothern on DVD.

5.8
Director: Richard ThorpeWriters: Lionel HouserStars: Ann Sothern, Melvyn Douglas, Lee BowmanSummary: "Three Hearts For Julia" is another World War II on the home front romantic comedy. Jeff Seabrook is a war correspondent in the process of getting a divorce from his wife. His wife, a talented violinist, wants a more refined husband. She has two acceptable suitors and wants Jeff (who she considers her best friend) to help her to decide between them. David Torrance - orchestra producer and Philip Barrows - music critic. Meanwhile Julia gets fatherly advice from her conductor Anton Ottoway who has become good friends with Jeff. Written by Jeffrey Ewing
Also known as: Three Hearts for Julia (on a region-free DVD). 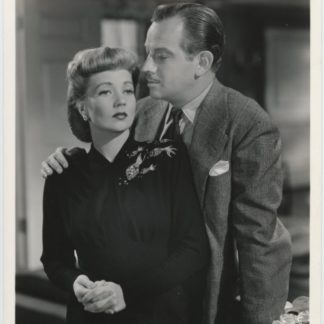