They Live by Night (1948) starring Cathy O’Donnell on DVD


This sale is for They Live by Night (1948) starring Cathy O’Donnell on DVD.

7.5
Director: Nicholas RayWriters: Charles Schnee, Nicholas RayStars: Cathy O'Donnell, Farley Granger, Howard Da SilvaSummary: In the '40s, three prisoners flee from a state prison farm in Mississippi. Among them is 23-years-young Bowie, who spent the last seven years in prison and now hopes to be able to prove his innocence or retire to a home in the mountains and live in peace together with his new love, Keechie. But his criminal companions persuade him to participate in several heists, and soon the police believe him to be their leader and go after "Bowie the Kid" harder than ever. Written by Tom Zoerner <[email protected]> 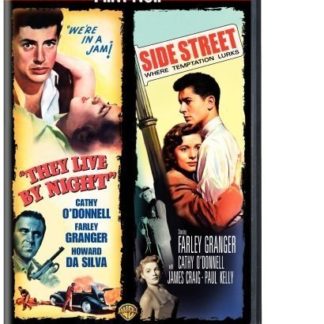