They Call Him Sasquatch (2003) starring Neal McDonough on DVD


This sale is for They Call Him Sasquatch (2003) starring Neal McDonough on DVD.

6.3
Director: David H. Venghaus Jr.Writers: Juan Ros, David H. Venghaus Jr.Stars: Neal McDonough, Tom Bresnahan, Warren BerlingerSummary: A recent sighting in Northern California prompts fifteen Bigfoot fanatics to begin a search for the legendary beast. Ordered by his producer, a reluctant television reporter Ned Dwyer travels with the enthusiastic group to document their quest. When a famous celebrity offers a reward for Bigfoot's capture, all restraint disappears, and suddenly the hunt becomes a survival of the fittest. Cue the hilarity, as our adventurers proceed to trick and bamboozle each other as they battle for a sight of the mythical creature.
Also known as: They Call Him Sasquatch (on a region-free DVD). 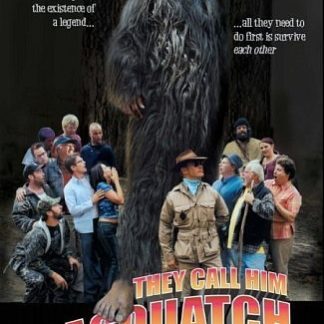