Theirs Is the Glory (1946) starring Stanley Maxted on DVD


This sale is for Theirs Is the Glory (1946) starring Stanley Maxted on DVD.

7.1
Director: Brian Desmond HurstWriters: Louis GoldingStars: Stanley Maxted, Thomas Scullion, Allan WoodSummary: In 1944, British General Montgomery and his command were way north of the Allied line, and the Germans were holding them in that swampy position. The plan, put into operation on Sunday, September 14, 1944, was to drop two American Airborne divisions and the British First Airborne Division behind the German lines to capture the bridges which would open the way to the German plain. The British objective was Arnhem, the northernmost point of the Montgomery plan, and this film depicts in graphic detail the ordeal the "Men of Arnhem", the British First Airborne, endured. The first cast listing reads the "Survivors of the British First Airborne Divison", including a Colonel Lonsdale and a Major Gough. Written by Les Adams <[email protected]> 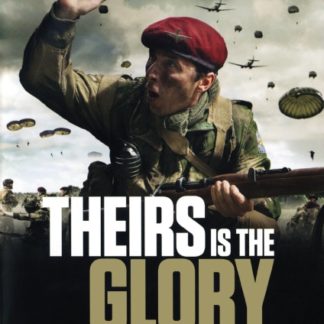