This sale is for The Zombie Diaries (2006) starring Scott Ainslie on DVD.

4.0
Director: Michael G. Bartlett, Kevin GatesWriters: Michael G. Bartlett, Kevin GatesStars: Scott Ainslie, Toby Bowman, Victoria SummerSummary: In the early part of the 21st century, an unknown deadly virus is spreading among the population. The planet becomes infested with a new threat unlike any other The Undead. Three compelling video diaries chart the beginning of the plague through the last days of the apocalypse. In the first, a documentary film crew traveling the countryside becomes caught in the outbreak and are forced to survive at all costs. In the second, a husband and wife flee London and meet a mysterious hitchhiker, scavenging the remnants of dead towns where shadows lurk at every turn. In the third, a group of survivors escape the virus, making their way to a farm for refuge, only to find themselves attacked by the creatures who now rule the night. Written by Anonymous
Also known as: The Zombie Diaries (on a region-free DVD). 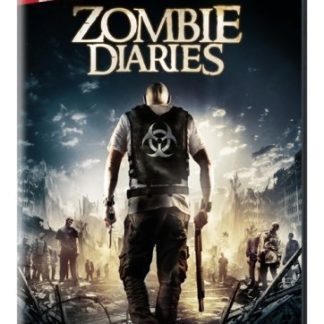