The Whole Truth (1958) with English Subtitles on DVD


This sale is for The Whole Truth (1958) with English Subtitles on DVD.

6.2
Director: John Guillermin, Dan CohenWriters: Jonathan Latimer, Philip MackieStars: Stewart Granger, Donna Reed, George SandersSummary: Movie producer Max Poulton is having an on again, off again affair with Gina Bertini, the temperamental leading lady in his latest movie which is filming in the French Riviera. Gina and Max's current off again status is due to Max vowing to make a go of his marriage to his loving wife, Carol Poulton, with who he has had a sometimes strained relationship. Gina and Max's relationship moves into another realm when she threatens to tell Carol of the the affair. That's why Max is hesitant to divulge the full nature of his relationship to Gina when she is found murdered. He is certain that the murderer is a man named Carliss, who introduced himself to Max earlier as being with Scotland Yard, he assisting the local French authorities in the investigation into Gina's murder, this before Gina was actually murdered. Carliss seemingly is trying to frame Max for the murder. Max understands more when he learns who Carliss is. Despite the authorities being after him, Max does whatever he can both ... Written by Huggo
Also known as: The Whole Truth (on a region-free DVD). 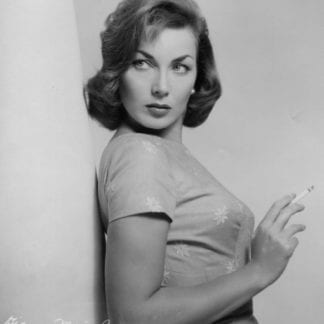