The Tiger Makes Out (1967) starring Eli Wallach on DVD


This sale is for The Tiger Makes Out (1967) starring Eli Wallach on DVD.

5.9
Director: Arthur HillerWriters: Murray SchisgalStars: Eli Wallach, Anne Jackson, Bob DishySummary: Ben Harris, an embittered, middle-aged New York City postal worker living in a Greenwich Village basement, becomes obsessed with the idea of kidnapping and enslaving the first beautiful young woman he can get his hands on. When he tries to carry out his plan, he doesn't count on suburban homemaker Gloria getting in the way. Written by Eugene Kim <[email protected]>
Also known as: The Tiger Makes Out (on a region-free DVD). 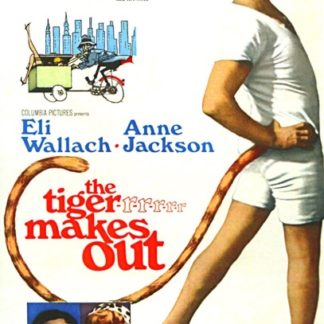