The Swordsman (1990) with English Subtitles on DVD


This sale is for The Swordsman (1990) with English Subtitles on DVD.

7.0
Director: Siu-Tung Ching, King HuWriters: Louis Cha, Ying WongStars: Samuel Hui, Cecilia Yip, Jacky CheungSummary: When a scroll containing valuable martial arts secrets is stolen from the Emperor, an army detachment is sent to recover it. Blademaster, a young martial arts expert, accidentally ends up in possession, but the plot grows complex as Japanese samurai, an illegal Chinese sect, a tribe of snake-wielding women warriors, a rival martial arts school and the leader of his own martial arts school vie for the scroll. Romantic complications also ensue, involving him with his longtime chum, daughter of the leader of his school, a Japanese woman, and two of the snake- wielding tribeswomen (Blue Phoenix and their leader, Princess Yin-Yin). Written by Reid Gagle
Also known as: The Swordsman (on a region-free DVD). 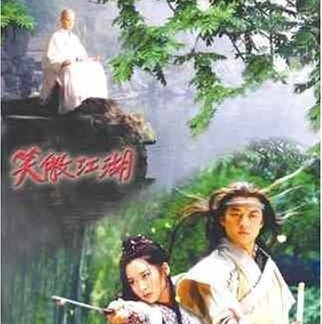